Thanks for taking the time to stop by and visit!

The Tides of Life 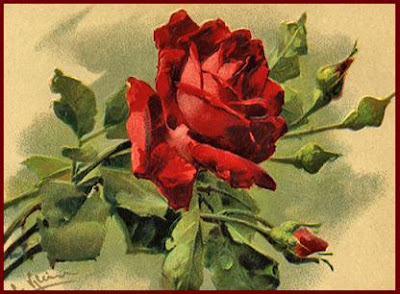 It seems we are all adrift in this life from time to time.  Sometimes the seas are calm and serene rocking gently and then there are times when we are thrown about here and there until we can find our footing again.  It has been one of those years, or the past couple of years have felt that way anyway.  Still the tide come in and goes out.

With each tide the chance of change comes and life offers no guarantees.  Sometimes changes are subtle and other times they are big and impact your life and the way you can perceive it from there on.  Sometimes it can in a way change you as a person.  My family has had some very big changes occur over the past couple of years.  Most for the better and some the worse....  Each new day brings a promise that we cannot guarantee that our loved ones will always be there.  No guarantees can make life tick by much faster than it should sometimes. 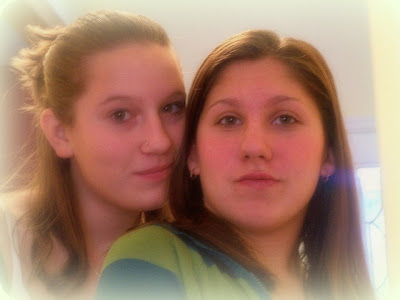 I want to thank those of you who took the time to share a comment after the loss of my daughter's friend.  While time slows for no man, it can also make things easier.  In time things can become easier to understand even when there is not much that makes sense about the losses we endure.  Eventually, we must come to terms that we are not always privy to the reason why one person departs this earth quicker than others and it is not for us to understand.  In time we grasp that, even though we are hurt, angered and perplexed by it...because that is all there is to do.   A lesson my child unfortunately knows all too well now and far sooner than I had ever hoped.  I have had this post ready for the past few weeks, we are onto some new things and ready to continue on our paths. I thought it would be appropriate to put it all down here in order to heal and to complete this chapter.

My daughter has grieved over the past several months and she is still learning to work through it.  The end of June brought the end of her senior year of high school which kept her very busy.  Going through her prom and graduation was hard without experiencing it with her best friend.  The plans and excitement for their futures they had once made together was shadowed by finding a different way to celebrate.  It was all so bittersweet, but she handled it with such Grace.  My daughter is stronger then I ever realized.  After graduation life slowed down some and it hit her more frequently and we worked on emotions when it hit her.

It is amazing how that grief can sneak up on you at the most inopportune of times too...when you least expect it.  Times like when she was driving and a song they loved came on and she had to pull over or times calling me from a friends house too embarrassed to come out of the bathroom because it was obvious that she had broken down.  Memories set in motion by a once shared place or a time, can surely make a grieving heart simply ache. I have been reminding her how fortunate she was to have made those memories and more often then not she will start talking about them and sometimes even end up laughing.

In retrospect, their friendship had a quality that doesn't come along everyday.  It was different for them, different than the other friendships she has.  They met each other when they were younger and playing on a travel soccer team.  Lauren went to private school and my daughter attended public school so they would see each other regularly at soccer and at parties.  When my daughter entered junior high school she reached a period of time when a few childhood friends spread their wings and branched out.  She was more than sad when things changed with those friends.  We had our share of weepy conversations over this during her 7th grade year and as her mother I in turn had a few weepy nights wondering why she had to feel that way at all, but knowing it was a part of life she must work through.  I prayed that she would find a friend.  One that she could trust and one that would trust and appreciate her for the person that she is.  A friend that was loyal and confident...not easily swayed by others opinions of what is important...one that would stand  up for what is right.  Yes, I prayed for all of that...a mother does that.

Then one day she came home from school all lit up with excitement, something I hadn't seen in her for months.  I learned that Lauren was transferring to public school and they were both all too excited to see a familiar face in each other while heading into school one morning.  My daughter was delighted and before long I saw her old self come back.  She wasn't afraid to be silly again, and wasn't concerned with what everyone would think of her if she was herself.  Their friendship grew fast and they became very close.  Sleepovers turned into vacations together, movies, bowling, etc.  Together they experienced being teenagers.  First boyfriends....school trips....dances....sweet 16's......learning to drive...first cars.....proms....SAT jitters....futures being planned.  I'm so grateful they had the time to experience those things together.

They were silly and never afraid to show it.  Anytime, anywhere.  I picked them up a from the movies a few years back before they started driving and literally had to buy Lauren a pair of pants because they giggled so hard she wet herself..... Those two could look at each other and without saying a word start giggling.  Sometimes it was embarrassing for a mother trying to get through a store with faces staring at those nutty girls...but you couldn't help but giggle along when they started.

Lauren had soon become a part of our family, she thought nothing of coming over for dinner with the family while my daughter was not here due to an away game.  My mac-n-cheese was her favorite and she would come over whenever we made it.  She was the kind of girl that would come over to cheer up my younger daughter if she was having a hard time and never afraid to bring her silly antics along.  The kind of girl who volunteered at church to help aid the mentally challenged dinners and game night they hosted and make my daughter do it with her.  She always spoke highly of her family with love, adoration and respect.  She was all that I could have asked for in a best friend for my daughter...and more.  They were not friends by accident.

They were not angels though and every now and then they found consequences with their parents for a bad decision.  Nothing out of the ordinary teen shenanigans, they really were good kids overall.  Being separated briefly while grounded was so hard for them though, and now looking back there is a tinge of guilt I feel for not allowing them that precious time together.  But the one thing that didn't cross my mind then was that things would change for them the way it has....no guarantees.  I wish I could give them that time together now of course....but I did my job as a mother when it was necessary to teach consequences. 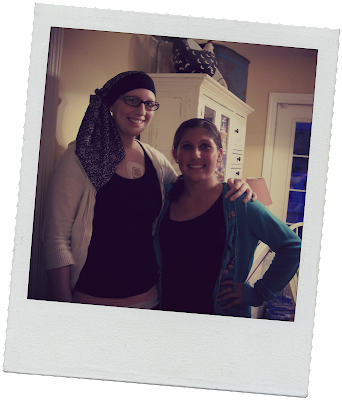 We were so hopeful.  She was so brave and fought so hard.  In the weeks preceding Lauren's passing my daughter became increasingly worried, anxious and moody.  She acted very differently in the weeks before, and I couldn't figure out why.  She wanted to get to see her, they had been apart while Lauren received treatment in another state for so long.  A few times plans were made to visit her and had to be cancelled due to her reactions to chemo or the risk of germs on her weak immune system.  She often didn't feel well enough to see anyone or her treatment required isolation.  The hardest part for my daughter to understand is that she didn't get to say good bye.  We just visited her grave site recently on what would have been her18th Birthday.

During the past year my family and I participated in benefit dinners and helped with bone marrow drives. If there is anything that I could put out there about Lauren is that she was a caring, loving soul, and she was so very brave.  If you are interested in becoming a bone marrow donor please visit this site Here.  The details are on the site and if you meet the criteria you could be put in a data bank that could save someone's life.  She would want us to share that with you...  Thanks for lending your ears and hearts and all of your comments.....I'll be back sooner than later.

The ramblin' on of a wife and mother...my stories of family and home life. 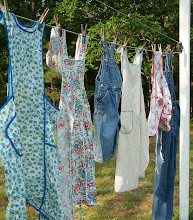 FHCS
Tales from the life of a wife and mother of 3. Two daughters, one son, and a sweet lovin' husband to boot. We live amongst the pine trees on the East coast in a Farmhouse that I decorate in a Farmhouse Country Style. We are a real down to earth family and I am truly grateful for this life we have been blessed with. So, I'll share a little of my life with ya'll and in return, I hope that you will leave a comment and share something too! Thanks for reading!

I was featured at GBP!

Country Decor & More....Stop by my sale blog for a visit!! 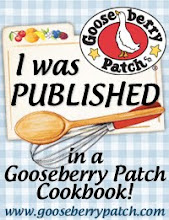 One of my favorite places to shop... 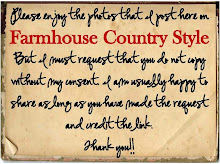